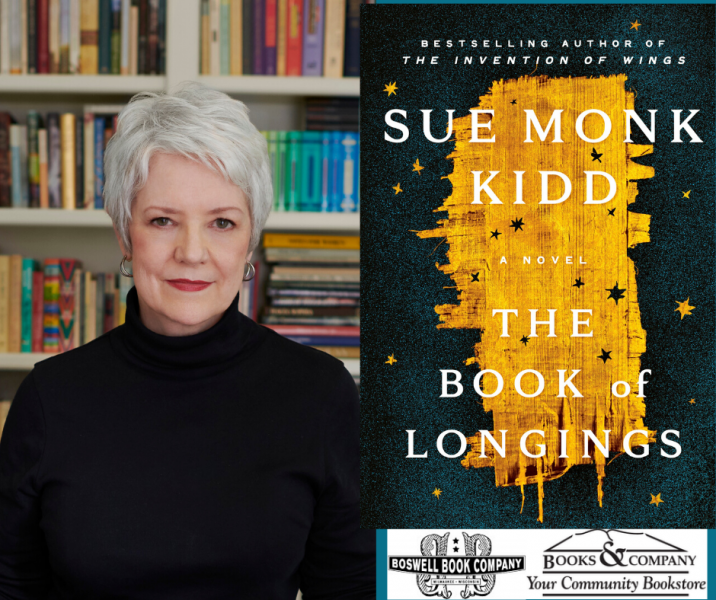 THIS EVENT HAS BEEN CANCELED!!

In her mesmerizing fourth work of fiction, Sue Monk Kidd takes an audacious approach to history and brings her acclaimed narrative gifts to imagine the story of a young woman named Ana. Raised in a wealthy family with ties to the ruler of Galilee, she is rebellious and ambitious, with a brilliant mind and a daring spirit. She engages in furtive scholarly pursuits and writes narratives about neglected and silenced women. Ana is expected to marry an older widower, a prospect that horrifies her. An encounter with eighteen-year-old Jesus changes everything.

The Book of Longings: A Novel (Hardcover)

The Invention of Wings: A Novel (Paperback)

The Secret Life of Bees (Paperback)

Traveling with Pomegranates: A Mother and Daughter Journey to the Sacred Places of Greece, Turkey, and France (Paperback)