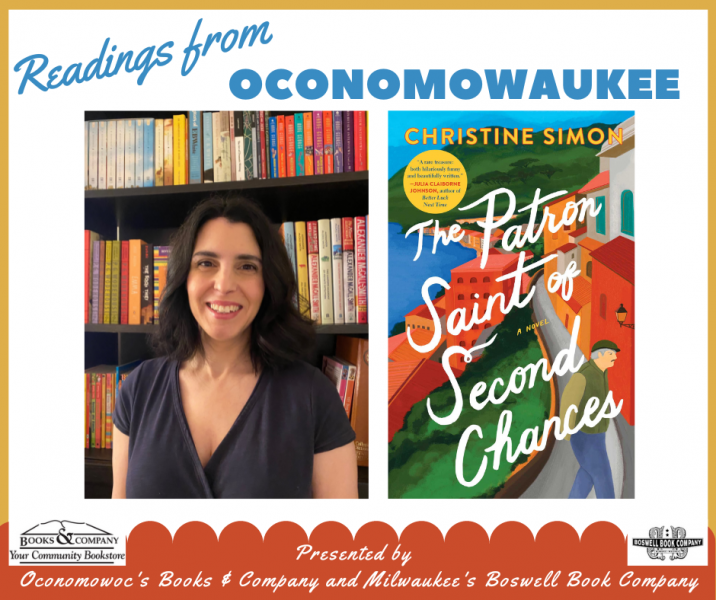 Books & Company Bookseller Chloe introduced us to this lovely novel and she says "When a small Italian village is in danger of closing down forever, a little white lie about a movie star coming to shoot his latest takes on a life of its own when everyone in town wants to get in on the action! I had the best time reading this gem!"

About the book: Vacuum repairman and self-appointed mayor of Prometto, Italy (population 212) Signor Speranza has a problem: unless he can come up with 70,000 euros to fix the town's pipes, the water commission will shut off the water to the village and all its residents will be forced to disperse. So in a bid to boost tourism--and revenue--he spreads a harmless rumor that movie star Dante Rinaldi will be filming his next project nearby.

Unfortunately, the plan works a little too well, and soon everyone in town wants to be a part of the fictional film--the village butcher will throw in some money if Speranza can find roles for his fifteen enormous sons, Speranza's wistfully adrift daughter reveals an unexpected interest in stage makeup, and his hapless assistant Smilzo volunteers a screenplay that's not so secretly based on his undying love for the film's leading lady. To his surprise--and considerable consternation, Speranza realizes that the only way to keep up the ruse is to make the movie for real.

As the entire town becomes involved (even the village priest invests!) Signor Speranza starts to think he might be able to pull this off. But what happens when Dante Rinaldi doesn't show up? Or worse, what if he does?

About the author: Christine Simon grew up in a very large and very loud Italian family and now lives with her husband and four children. The Patron Saint of Second Chances is her first novel.

The Patron Saint of Second Chances: A Novel (Hardcover)