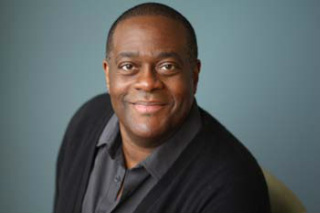 The Supremes at Earl's All-You-Can-Eat: Earl’s All-You-Can-Eat is home away from home for Odette, Clarice, and Barbara Jean.  Dubbed “the Supremes” by high school pals in the tumultuous 1960s, they weather life’s storms together for the next four decades. Through marriage, children, happiness, and the blues, these strong, funny women gather each Sunday for delicious food, juicy gossip, occasional tears, and uproarious banter.

Edward Kelsey Moore: Born in the state of Indiana, these days he lives in Chicago, Illinois. His essays and short fiction have appeared in the New York Times and in many literary magazines.  His short story Grandma and the Elusive Fifth Crucifix was selected as an audience favorite from the Stories on Stage radio series produced by WBEZ in Chicago.